Did you know that sodium fluoride is an industrial waste by-product of aluminium and phosphate production? The sodium fluoride that is added to city water is surpassed only by Cyanide of Mercury in toxicity to human physiology. 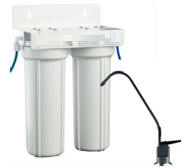 In the 1920’s and 30’s, lawsuits and health officials forced companies to install pollution control devices to trap fluoride waste. These companies began to sell sodium fluoride as rat and insect poison. Eventually, it was marketed to prevent tooth decay which explains why consuming a 7 ounce tube of toothpaste is enough to kill a 20lb infant or child!

Few know that one of the least of fluoride’s side effects can be fluorosis, a mottling or pitting of the teeth, which is dismissed by most official organizations as being a “cosmetic” issue, even though children with dental fluorosis have also been found to have lower IQ’s and other bone structure disturbances.

And yet according to The Canadian Dental Association states that, “Where fluoride has been added to municipal water supplies, there has been a marked decline in tooth decay rates” and “Children need fluoride protection while their teeth are developing”.

Isn’t fluoride a necessary and health promoting mineral for the elastic fibers of the skin, the muscle tissue and the surface of the bones and teeth Yes, it is true that fluoride plays a role in healthy teeth and bones, yet sodium fluoride (the chemical waste by-product) and calcium fluoride (the fluorine found in naturally in food) are not the same.

Sodium fluoride is absorbed by organs and body systems, notably, the skeletal system and there is evidence of elevated risk of bone fractures, degenerative bone disease and bone cancer in fluoridated areas over non- fluoridated ones. And that is just the tip of the ice burg.

For more info on the side effects and on hidden sources of fluoride (besides dental care) please see www.fluoridealert.org.

While several studies have shown that the rates of dental decay declined after fluoridation, the CDC neglected to mention that dental decay rates also declined
in non fluoridated areas and were declining before mass fluoridation occurred (you can view CDC graphs which show this at aforementioned website).

The issue is not with fluoride, but with the form of flouride. You can strengthen your bones and teeth naturally with the calcium fluoride, found in nature, in the way you were meant to ingest it- through food!

If you or you or someone in your family is suffering from dental decay, there is a calcium fluoride supplement available as a homeopathic tissue salt called “Calc. Fluor.” Homeopathic products are non-toxic and safe for use on children.

My own son had a little cavity in between his two front baby teeth to which the dentist sent us home with topical fluoride to apply at home with instruction to come back in three months. And of course, being the hippy momma I am, I didn’t use it and looked for an alternative instead. Simply, each time we brushed his teeth, we also gave him a dose of the tissue salt Calc Flour.

When we returned to the dentist’s office, he said, “you’ve been using the fluoride faith fully haven’t you?”, while he carefully examined my son’s teeth. I said no, I’ve been using a homeopathic dose of calcium fluoride. After his eyes went blank for a brief second, he said ok, well come back in six months and we’ll keep our eye on it. Well we came back for 4, 6 month intervals, after which I decided to stop bring him, because the tooth had long since stopped decaying after our initial 3 months of taking calcium fluoride (since the cavity was in a very visible location, it was obvious to the naked eye, whether or not it was decaying further).

Wondering where  you can purchase fluoride free toothpaste?

Most health food stores carry fluoride free toothpaste. Avoid tap water that has been fluoridated and if at all possible, avoid distilled water too (as it leaches minerals that your body would otherwise use to build your teeth!). A good alternative to fluoridated tap water is natural spring water bottled at the source, as it is clean and retains minerals that are naturally contained within it.