While in North America soy used to be reserved for hippy’s past, today soy is mainstream and these days has become controversial in the natural health community.

As an ex vegetarian, I fell in love with the versatility of tofu decades ago. As a nutrition educator, I am well aware of the arguments for and against soy.

I believe that the truth comes down to context, so let’s take a look. 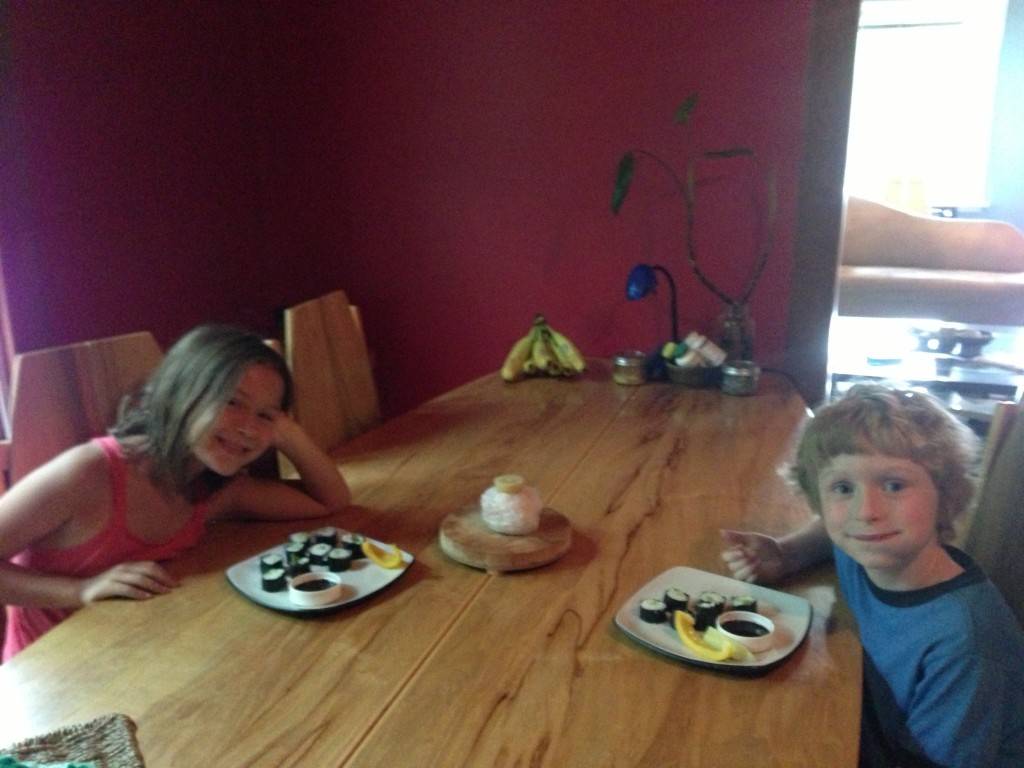 You may have heard that the Okinawans (the world’s longest-lived people), have eaten whole, organic and fermented soy foods like miso, tempeh, tofu, soy milk, and edamame (young soybeans in the pod) for more than five millennia.

Today soy is recognized as a healthy food with it’s long history of safe use in Asia.

According to Dr. Mark Hyman, “Human studies on soy while limited, have demonstrated that soy may help lower cholesterol, prevent cancer, increase bone density, protect the kidneys of people with diabetes, and relieve menopausal symptoms like hot flashes.”

It is believed that the beneficial effects come from isoflavones, which are considered weak plant (phyto) estrogens, that can block the absorption of more powerful human estrogens and harmful xenoestrogens (toxic environmental chems).

On the other hand you may have also heard that…

Soy might promote breast cancer, block thyroid function and prevent the absorption of minerals and interfere with digestion.

Here is what Dr. Hyman has to say about these concerns…..

He says that studies that show poor outcomes with soy were done with unusually high amounts of soy, much more than the average person would ever eat on a daily basis and goes on to say “breast tissue density is linked to a higher risk of breast cancer. Breast tissue density increases with estrogen replacement, but decreases with isoflavone consumption in postmenopausal women. That’s a good thing.”

He says that studies also show that “Eating soy foods at an early age (childhood and the teen years) appears to have a significant protective effect against breast cancer.”

As for the impact on thyroid health, he says, “A review of the research found no significant effects of soy on the thyroid except in people who are iodine deficient — a condition that is rare in this country. Based on my assessment of this and other research, I am convinced that normal amounts of traditional soy foods pose no risk to thyroid function.”

He believes that the effects on the thyroid are not relevant unless you are deficient in iodine and that one can mitigate the effects by eating fish, seaweed or sea vegetables, or iodized salt.

The Weston A. Price Association, an organization that promotes staying true to the traditional foods of our ancestors, is strictly against the use of soy products. And that’s because the way that North American’s consume soy is not in keeping with the safe and time tested traditions of Asia.

The organization stresses that soy should never be consumed without being first fermented – and then only served in small amounts, alongside animal foods like meat and iodine rich fish broth, to mitigate their goitrogenic effects, as well as to prevent mineral depletion from their naturally occurring phytic acid content.

They discourage the consumption of any unfermented soy, as they say it has been shown over and over to have many detrimental effects in animal studies.

Soy seems to be both good and bad, so which one is it?

It is very possible that negative outcomes associated with soy are based on the consumption not of the whole bean, but of SPI (soy protein isolate) and hydrolyzed soy (HVP) which is a second cousin to MSG (the soy is boiled in hydrochloric acid and then neutralized with sodium hydroxide leaving a brown powder that contains a form of MSG used by food producers as an additive to make things taste savory – in place of meat broth). SPI is the type of soy used in processed foods and meat substitutes.

“About 85 percent of the world’s soybean crop is processed into meal and vegetable oil, and virtually all of that meal is used in animal feed.  Some two percent of the soybean meal is further processed into soy flours and proteins for food use… Approximately six percent of soybeans are used directly as human food, mostly in Asia.”

Processed soy foods are made from soybean meal that has been dehulled and defatted and processed into three kinds of high protein commercial products: soy flour, concentrates, and isolates used in soy junk foods and animal feed.  Not to mention these types of soy are most often genetically modified (typically Monsanto’s Roundup Soyabeans) unless they are certified organic.

Examples of these processed and harmful soy foods include:

These poor quality foods don’t have the thousands of years of traditional use that whole soy foods do. Not only are they processed, but they contain unhealthy fats and other toxic additives.

Processed forms of soy can sometimes be hard to detect……

In order to avoid hidden forms of soy, you must also avoid products that list these ingredients:

But is there a healthier form of soy?

The health benefits from soy are most likely attributed to soy consumed in moderation in a fermented form.

Fermented soy is definitely a better choice than non-fermented soy, and of course it beats out SPI and TSP by leaps and bounds.

Soybeans (as well as other legumes contain phytates- naturally occurring food chemicals that binds to minerals, thus reducing their absorbability).

Fermented and safe soy foods include:

To be on the safe side, Dr. Hyman recommends limiting yourself to 2 servings a day.

But what about the minimally processed unfermented tofu and soymilk, edamame and sprouted soya?

A little every once in a while in small amounts should be fine (but only if they feel easy for your body to digest).  These foods are eaten occasionally in Asia, and specifically, sprouted soy beans have been a consistent part of the Korean diet (and seemingly so without harm).

In my home, we eat certified organic tofu occassionally (never soy milk) and first ferment it in a marinade that includes at least one ferment: traditionally brewed soy sauce and unpasteurized apple cider vinegar or Kombucha…..but we pass on both processed soy based meat alternatives and non organic tofu.

Practicing moderation, eating according to the food traditions of our ancestors and avoiding processed foods is just good common sense.

2) History of Fermented Soymilk and Its Products by William Shurtleff and Akiko Aoyagi (article) http://www.soyinfocenter.com/HSS/fermented_soymilk.php

1) The Hidden Dangers of Soy
https://www.healthambition.com/the-hidden-dangers-of-soy/

Tags: fermented soy, is soy safe?, soy controversy, soy is it good or bad for you?, soy protein, sprouted soy